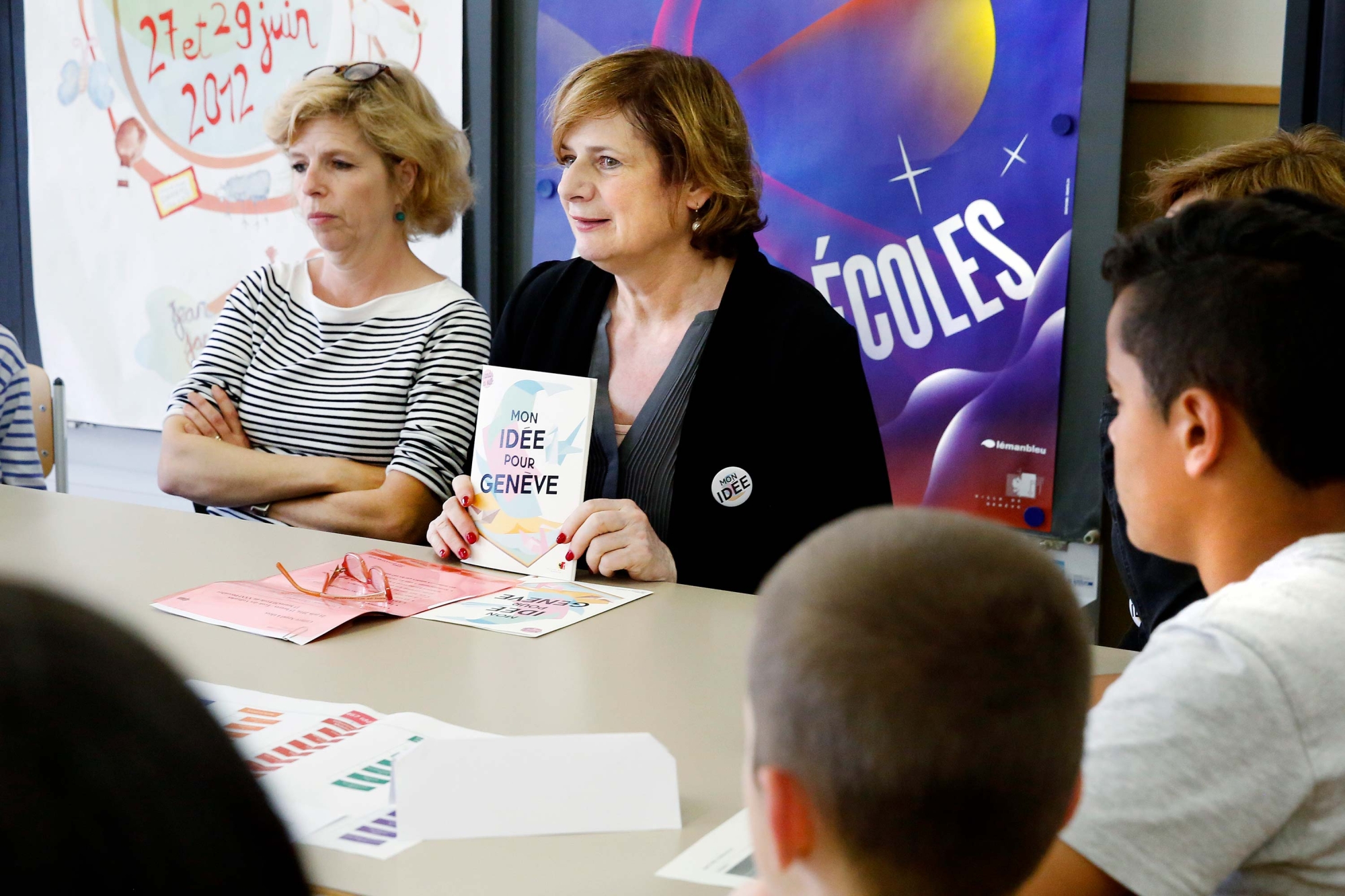 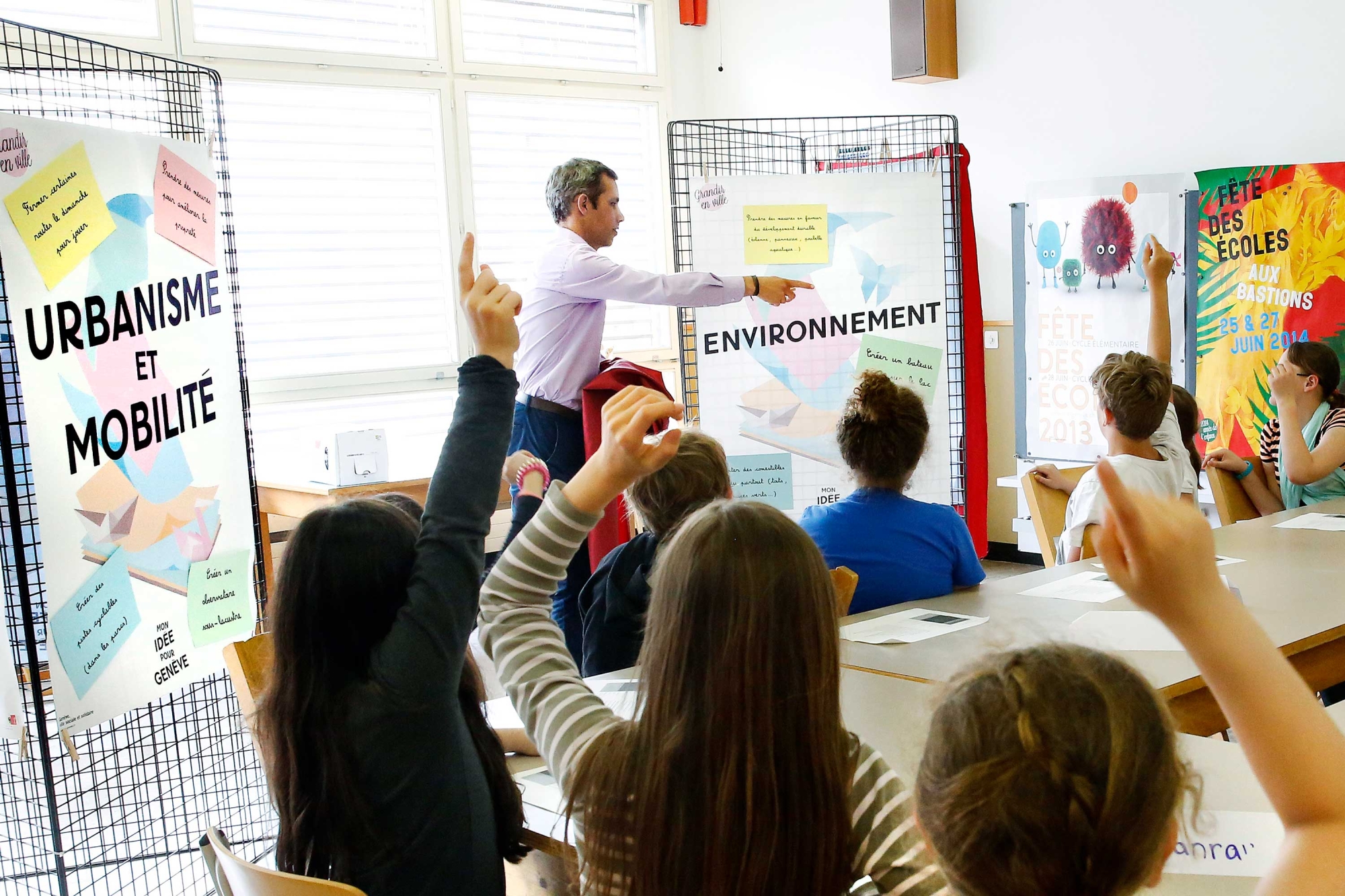 In 2014, the Department of Social Cohesion and Solidarity of Geneva launched a campaign to collect suggestions from pupils aged 8 to 12 in the Eaux-Vives district for a more social, ecological and soft mobility city of Calvin. Atelier Valenthier was commissioned to produce a flyer in which they could put down ideas that would then be submitted to the City by their teachers. The selected proposals were unveiled at a ceremony chaired by the magistrate Esther Alder in 2016. Out of 674 proposals, 14 were selected and 6 implemented. Paper, the main medium of this participatory approach, guided the idea of the illustrations: origami of all shapes to stimulate the child’s imagination and a spurt of leaves to symbolise the Geneva water jet. 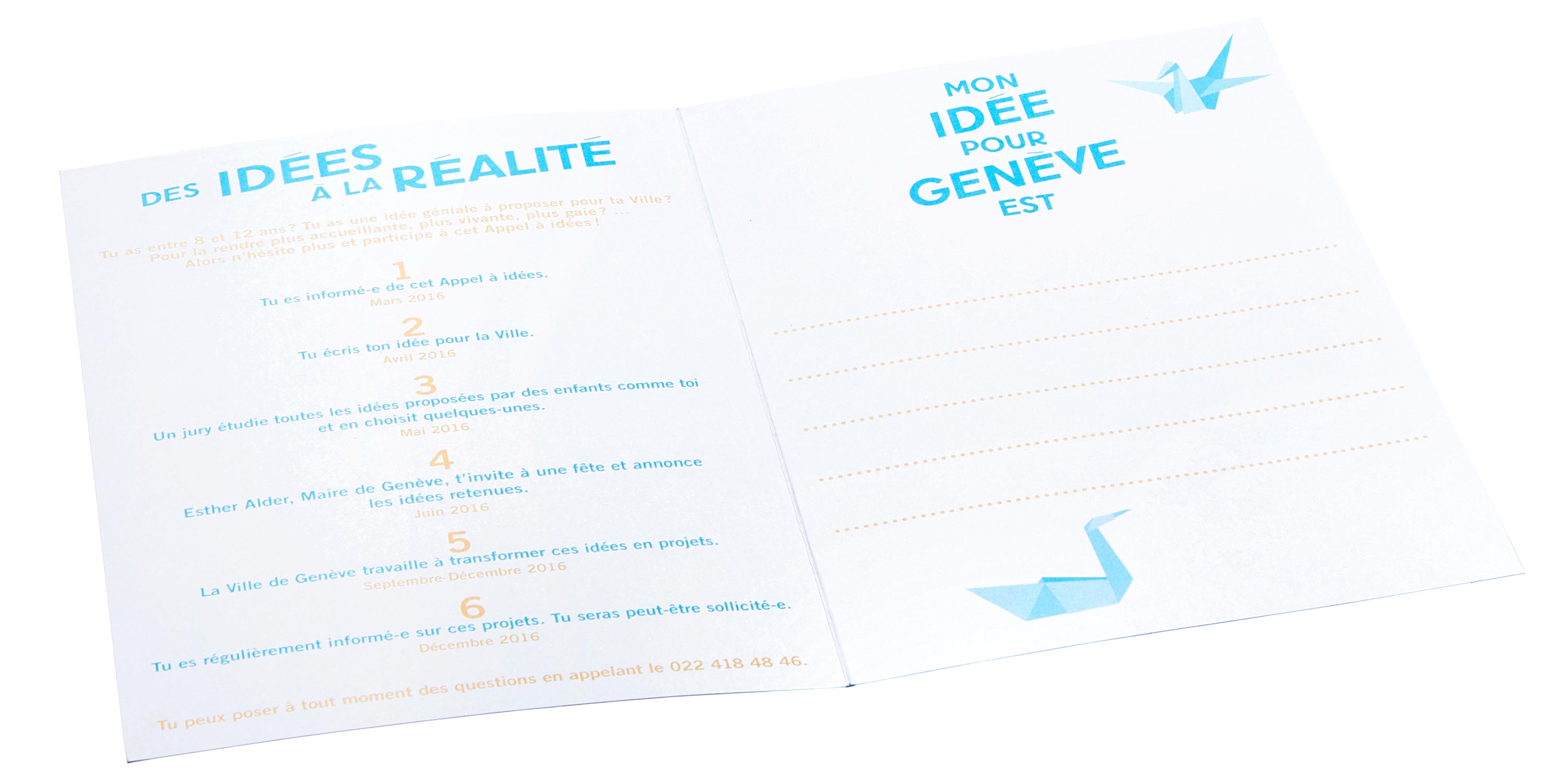 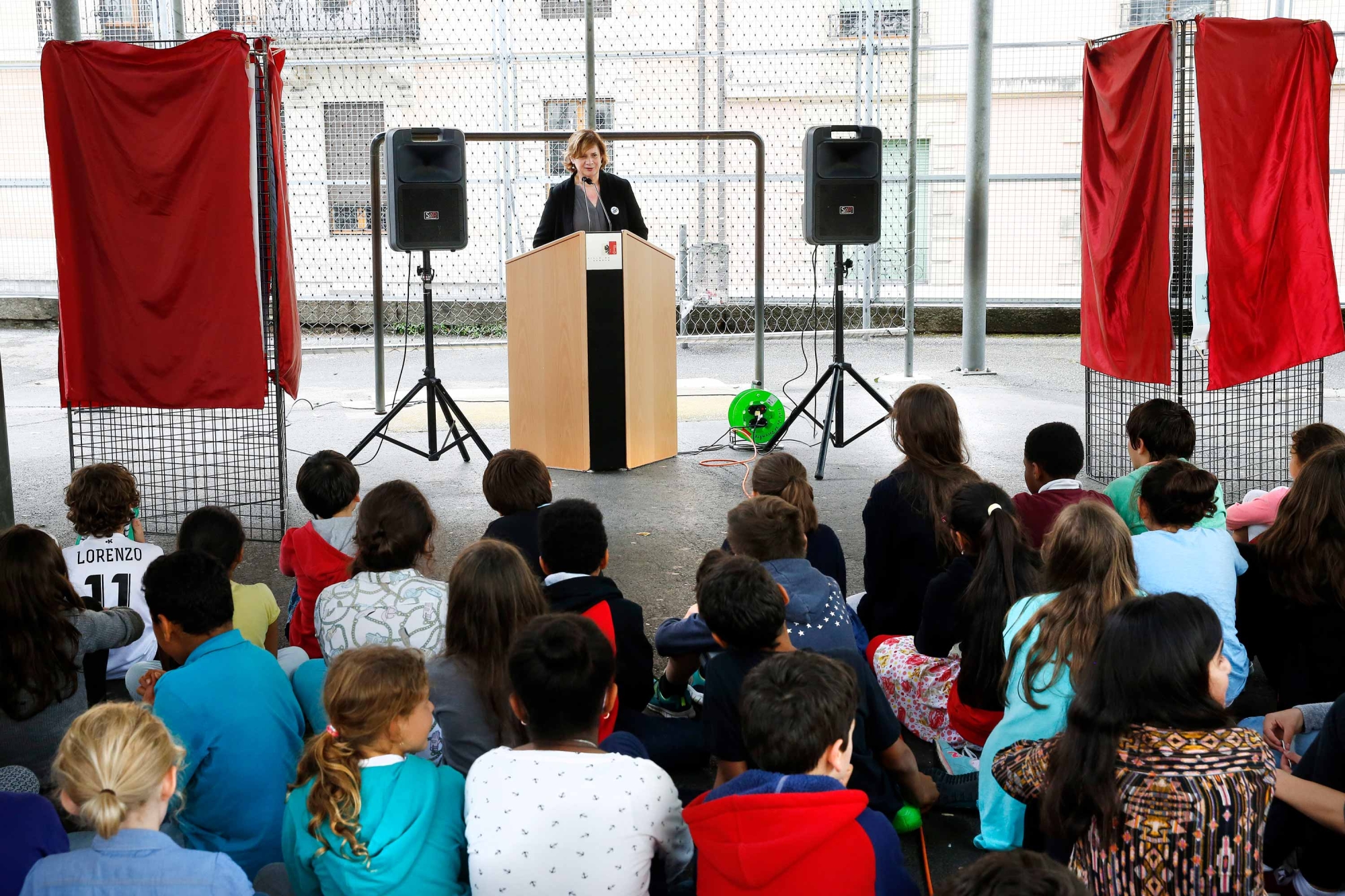 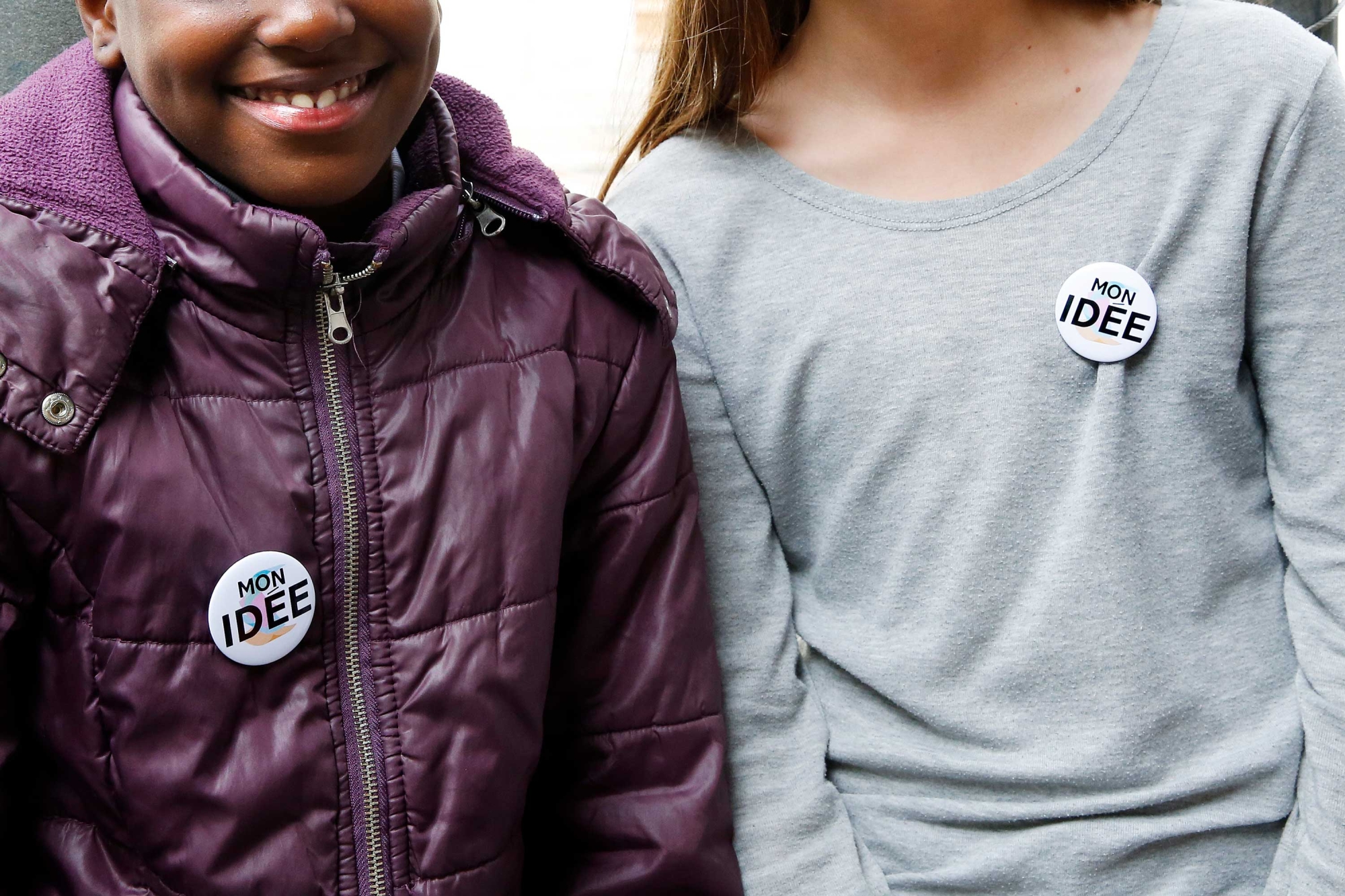