Under the stars, the panorama of Zürich and the alps of central Switzerland 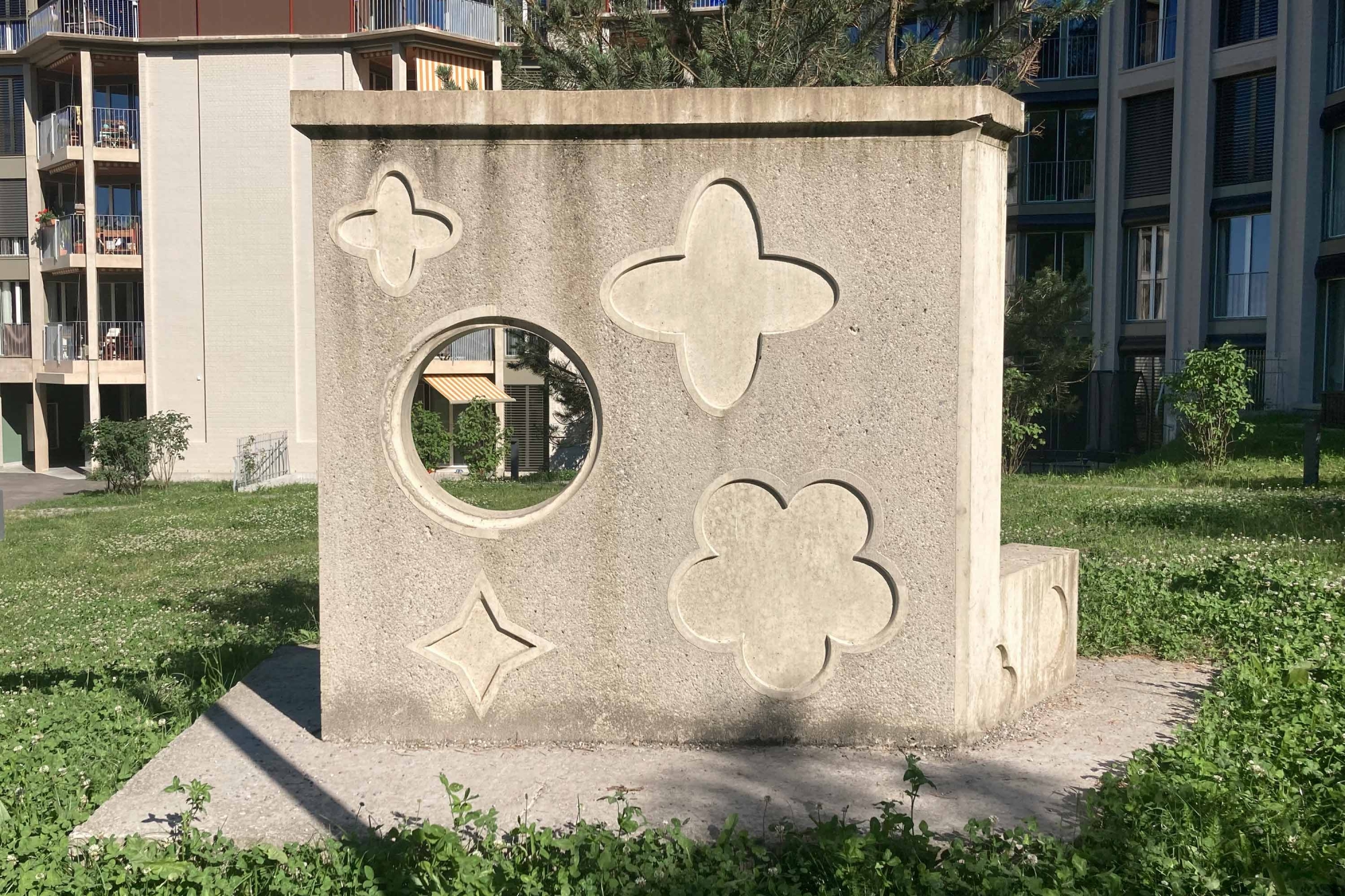 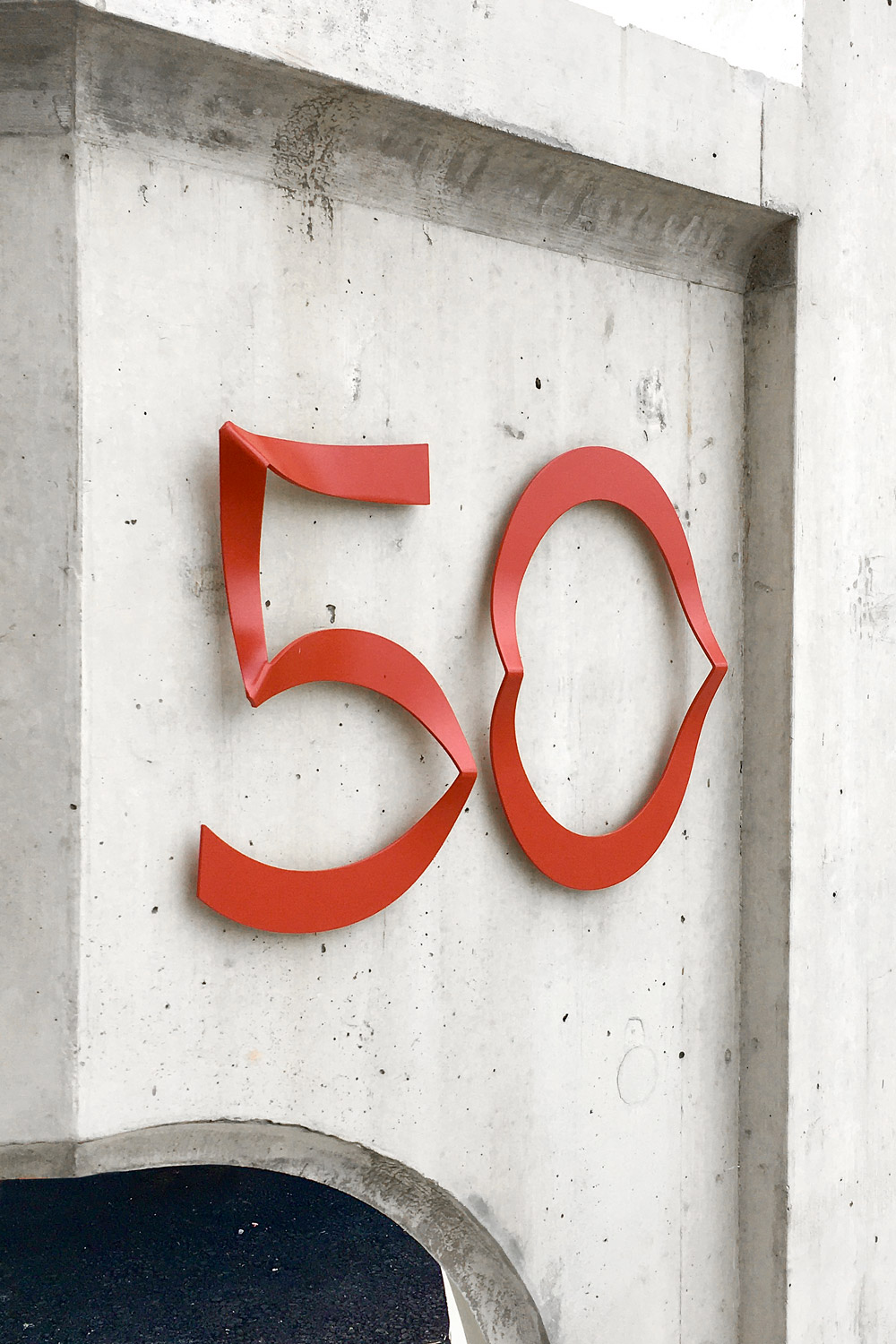 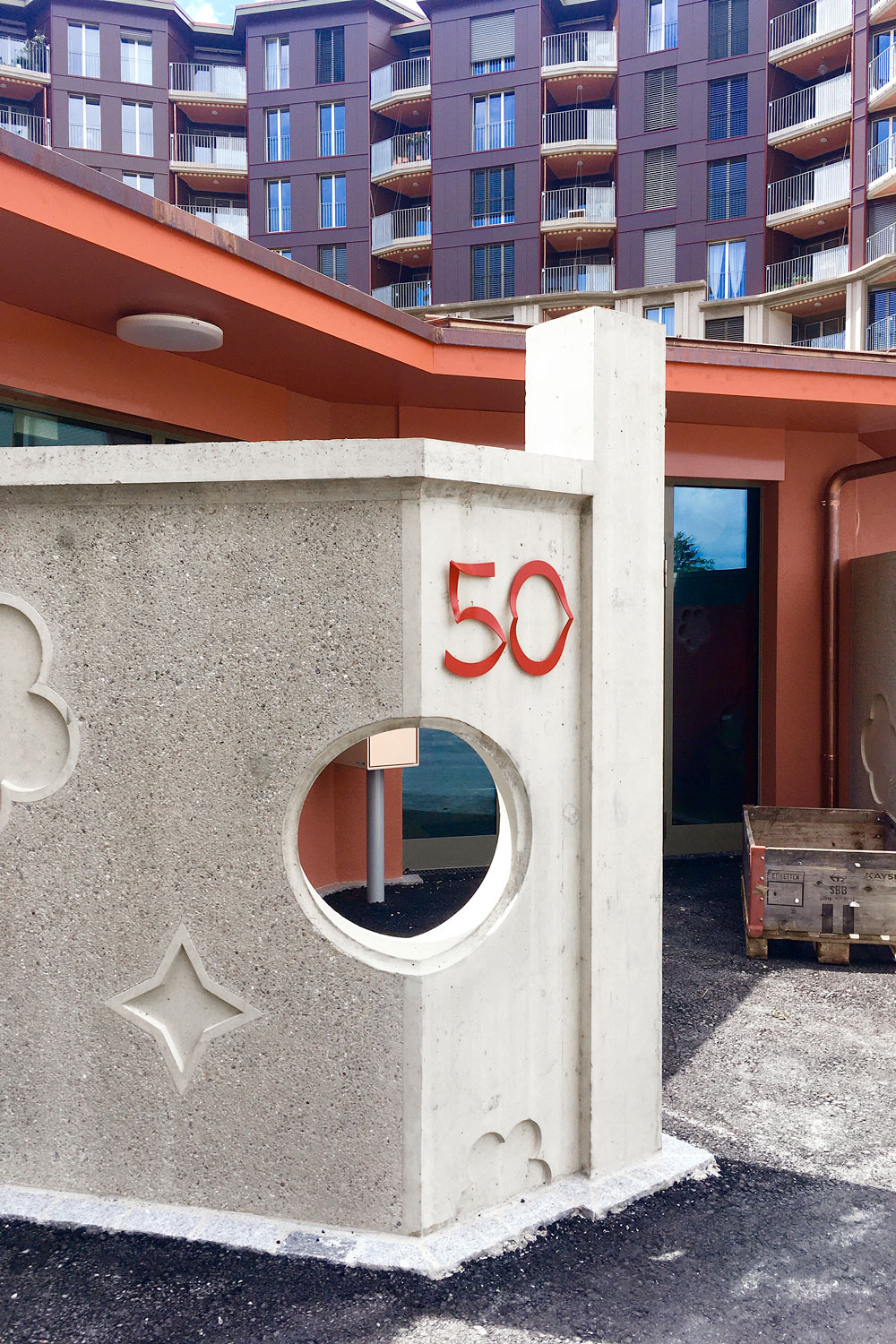 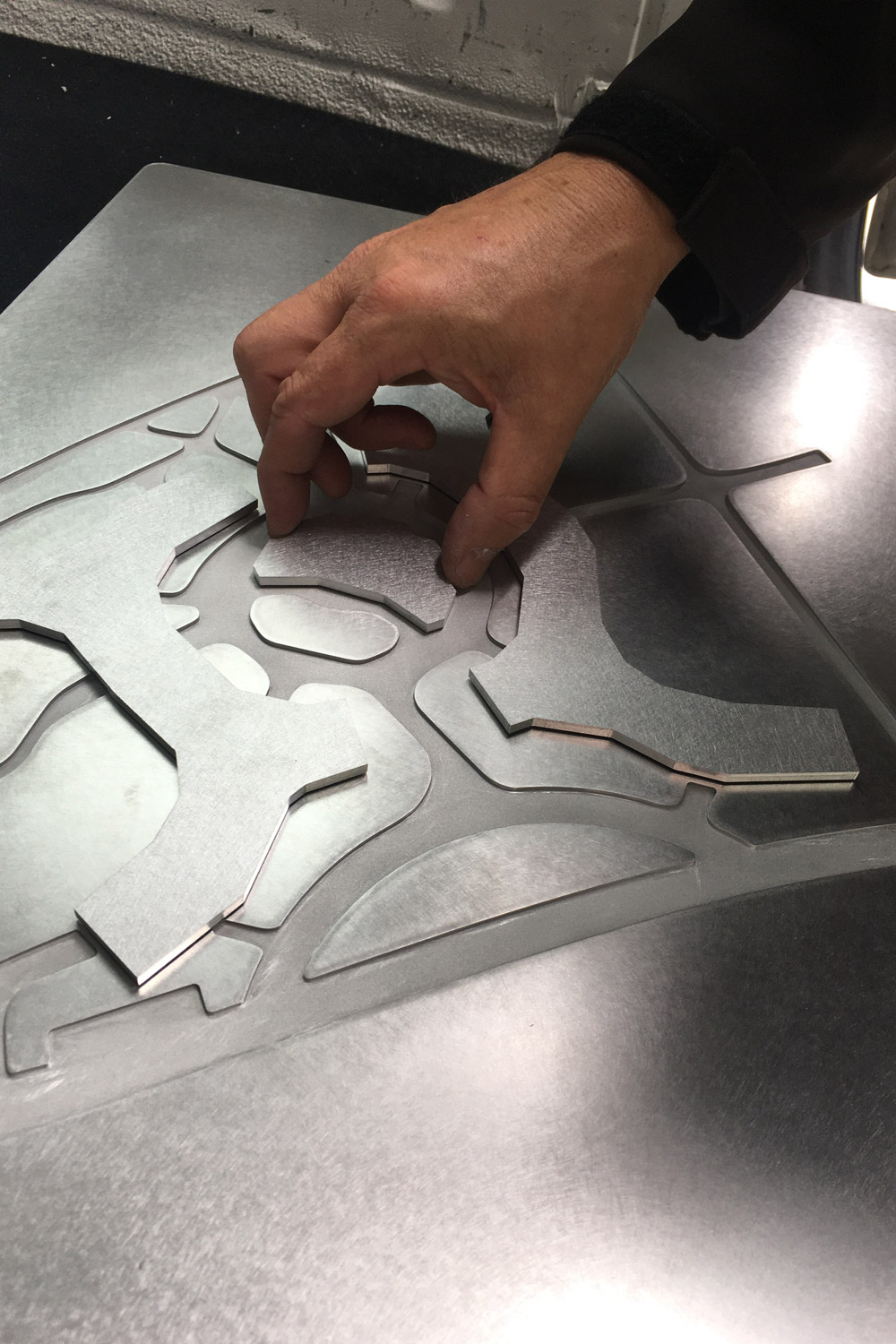 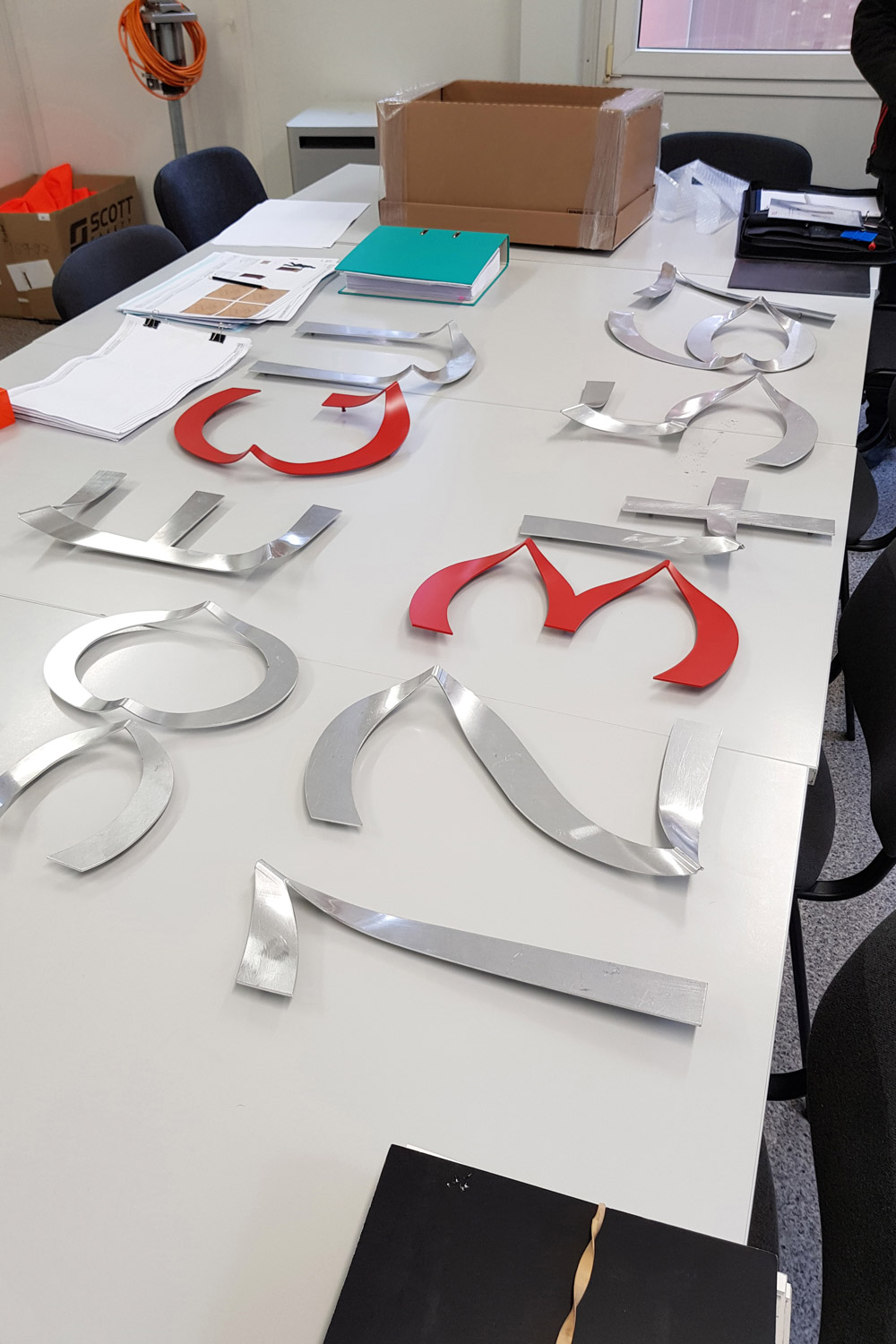 Designed by the Knapkiewicz und Fickert architectural firm, the complex houses 10 seven-storey buildings with a kindergarten in its central foyer and an underground car park with 127 spaces. Atelier Valenthier was commissioned to guide its users. Firstly, outside, with the help of 4 orientation totems showing the silhouette of the buildings on a reduced scale to make them easier to read. Then, in the stairwells, with numbers and letters in red sheet metal paraphrasing the handrails in order to avoid the overkill of graphic language. Finally, in the underground car park, where the main challenge was to organise the flow of traffic while taking into account the many columns that obscure the view. The entire graphic concept was based on a typography with a broken curve, inspired by the star patterns imagined by the architectural office in the walls of the kindergarten. This broken curve was reused in the production of the signs in the stairs. 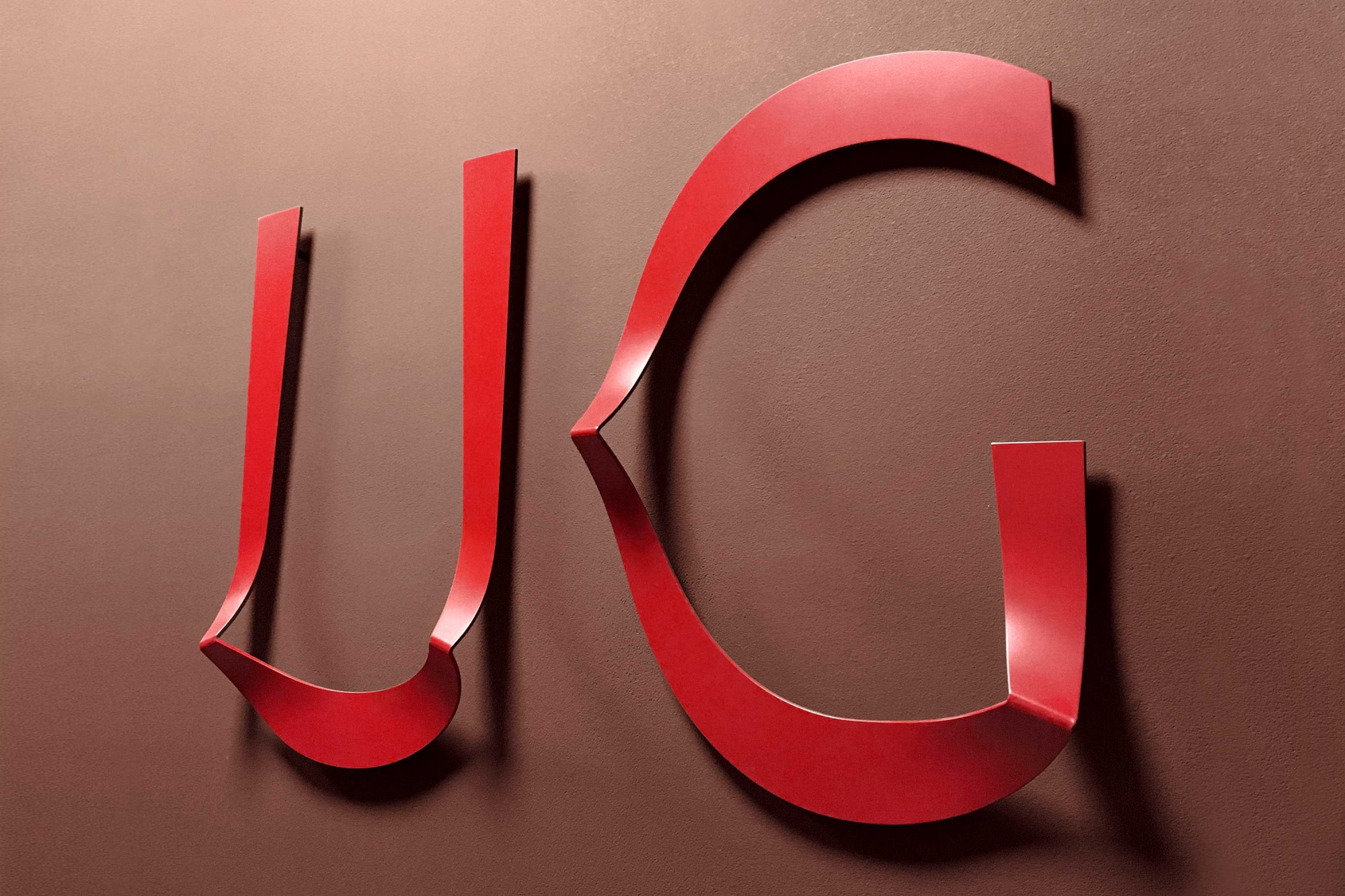 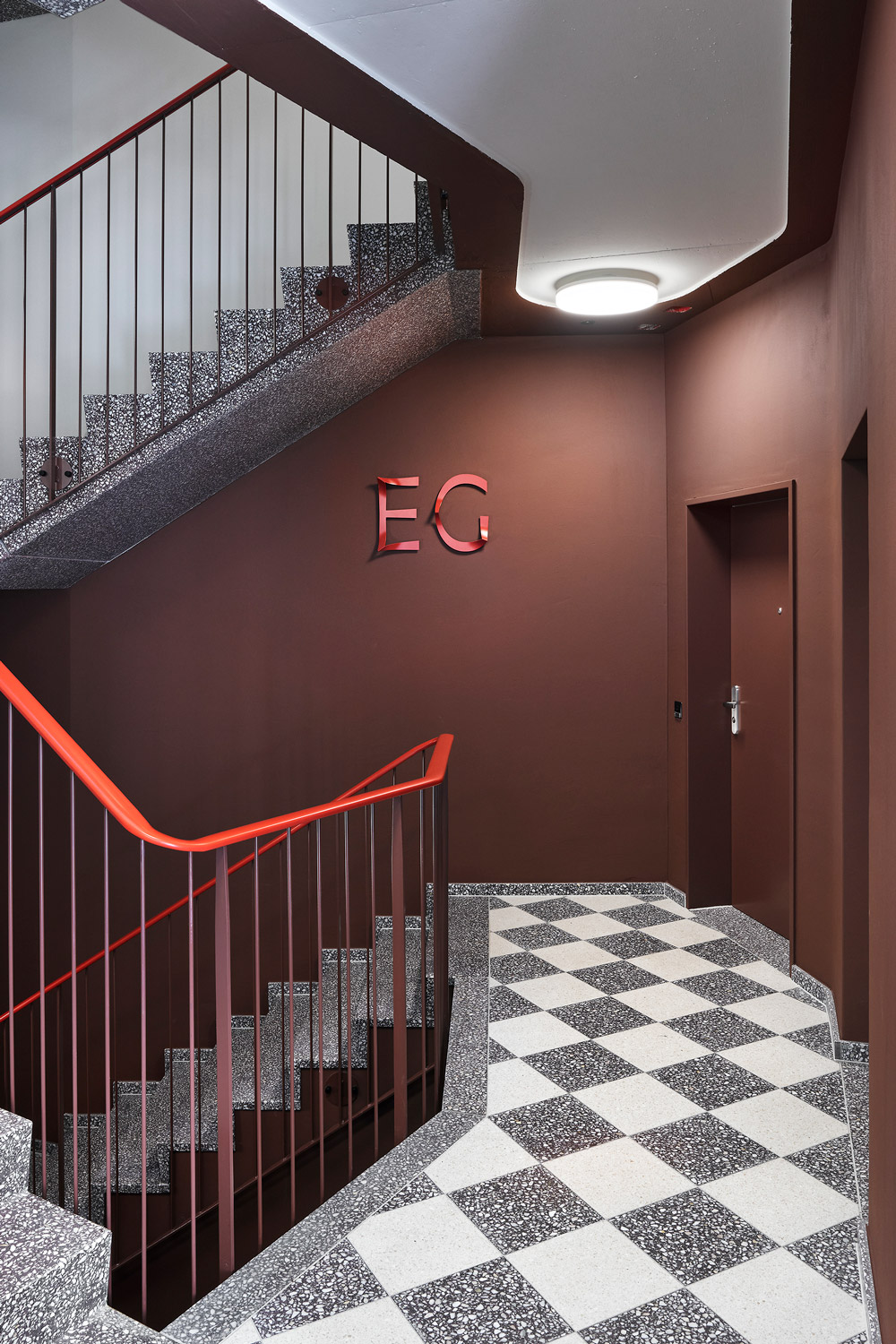 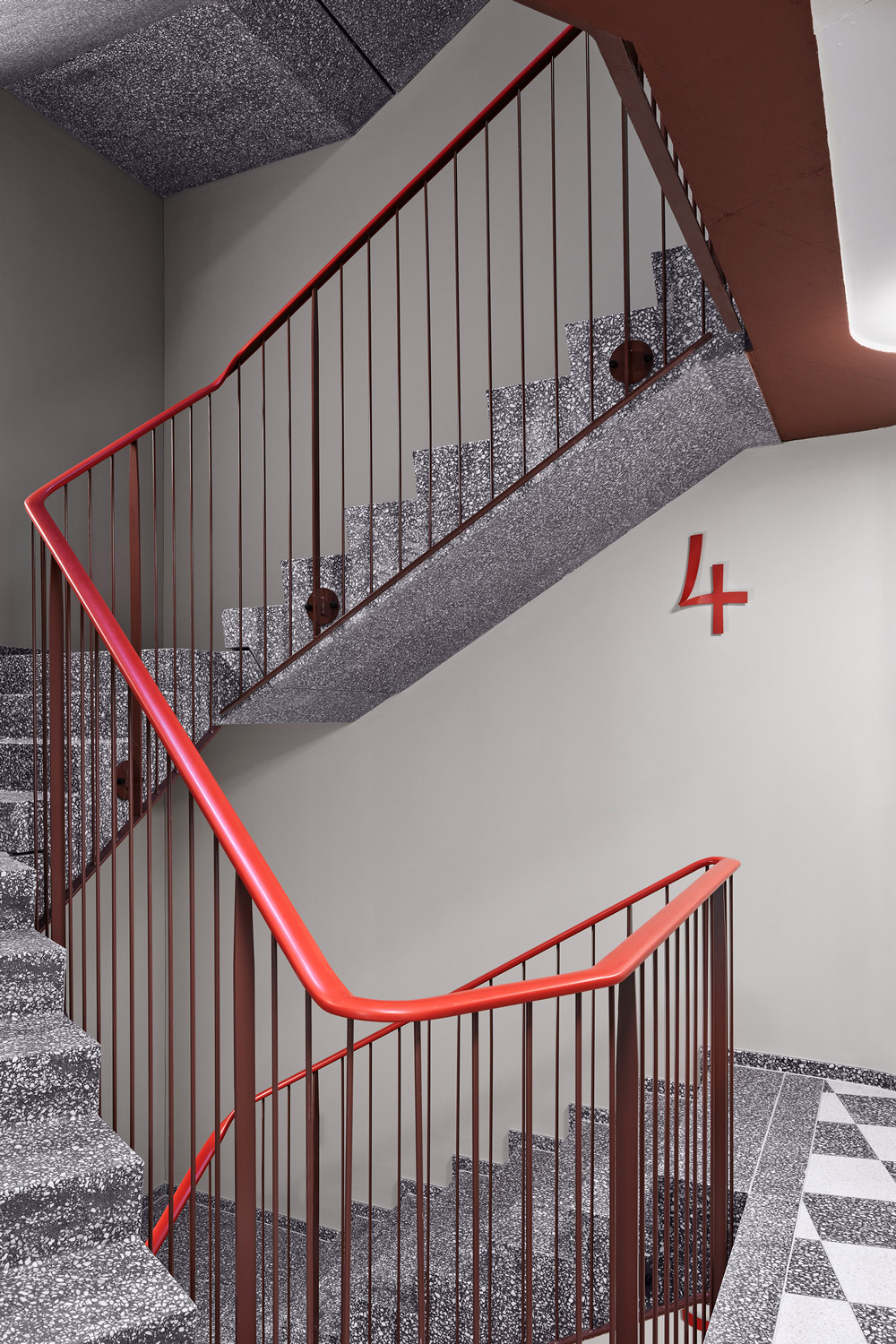 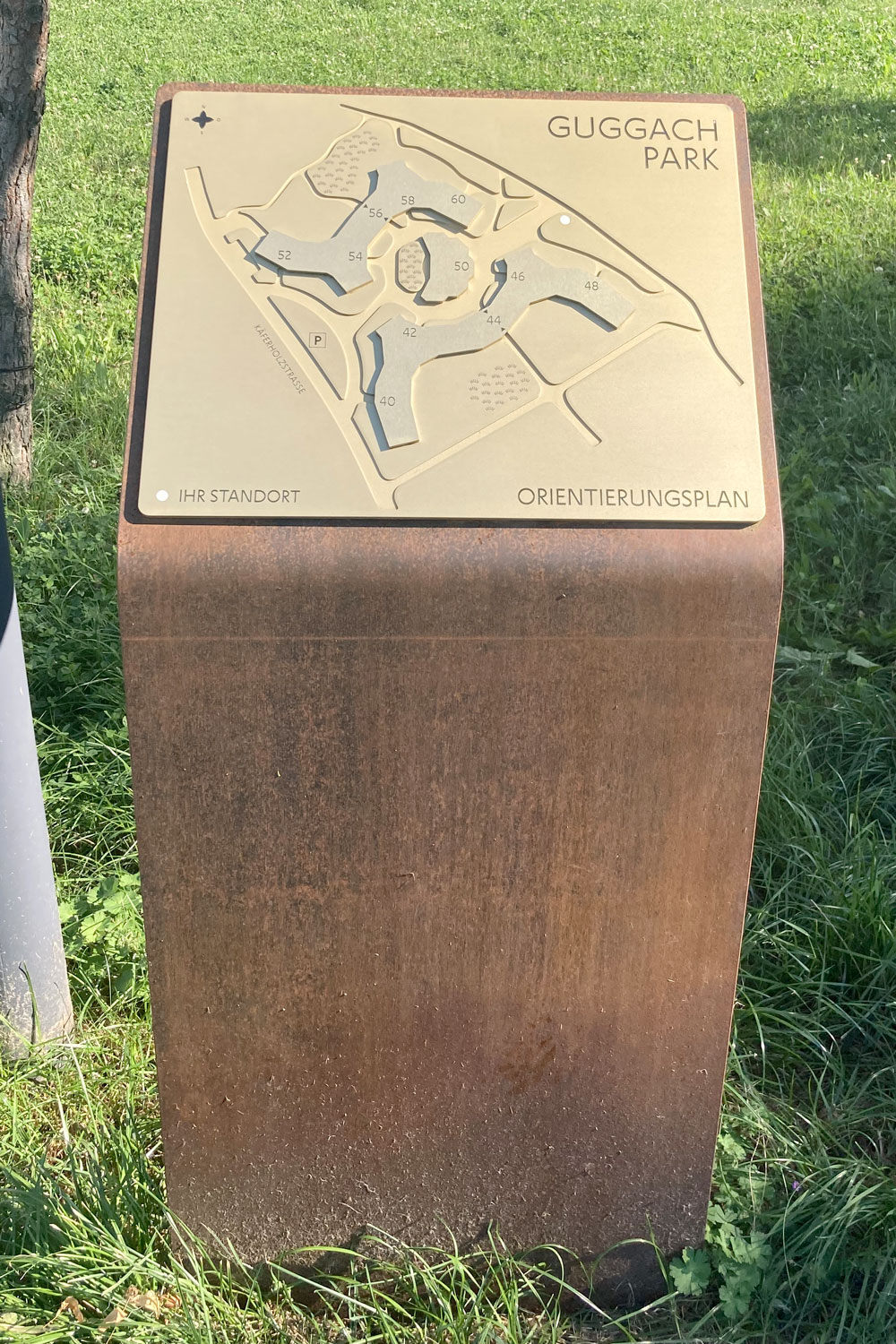 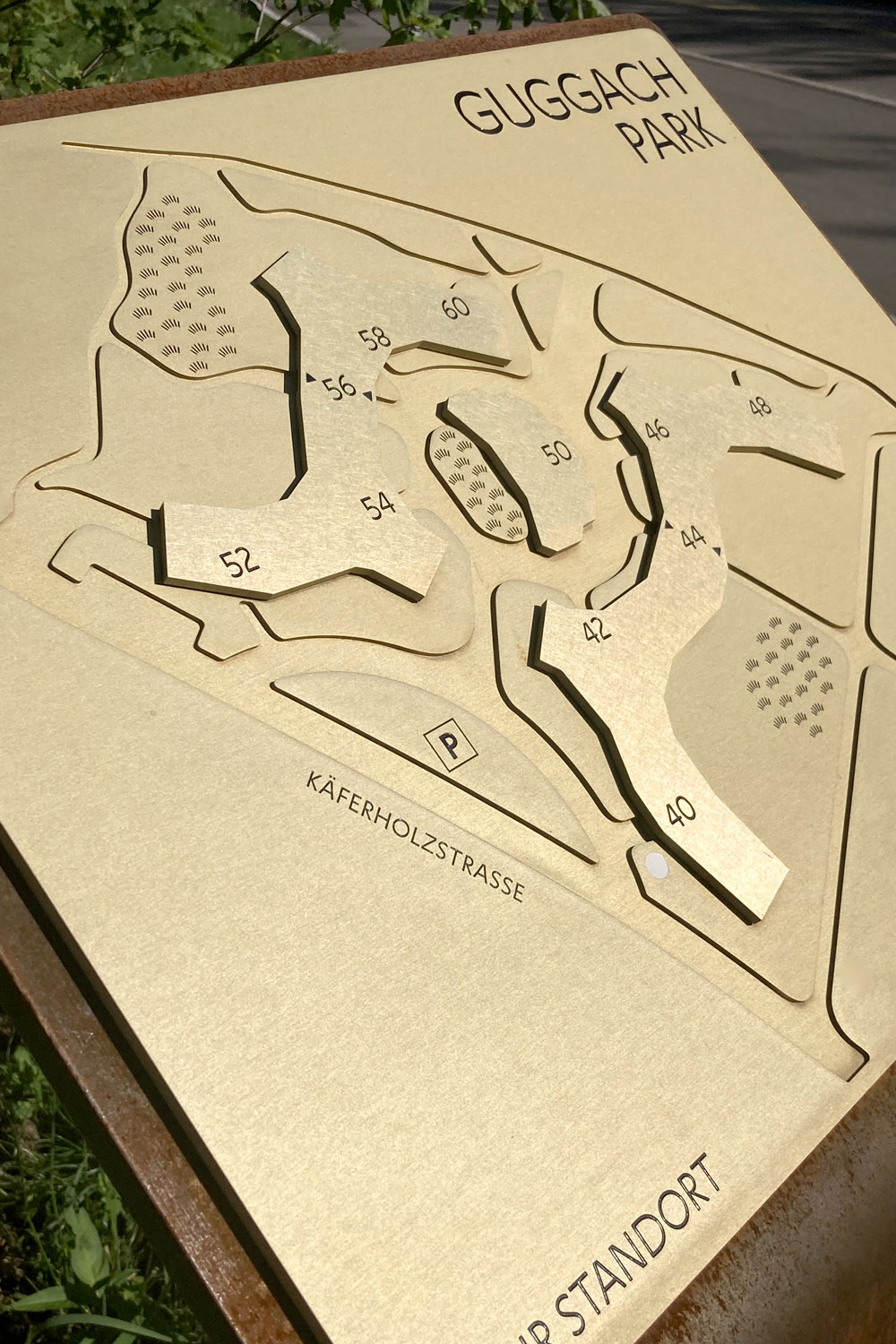 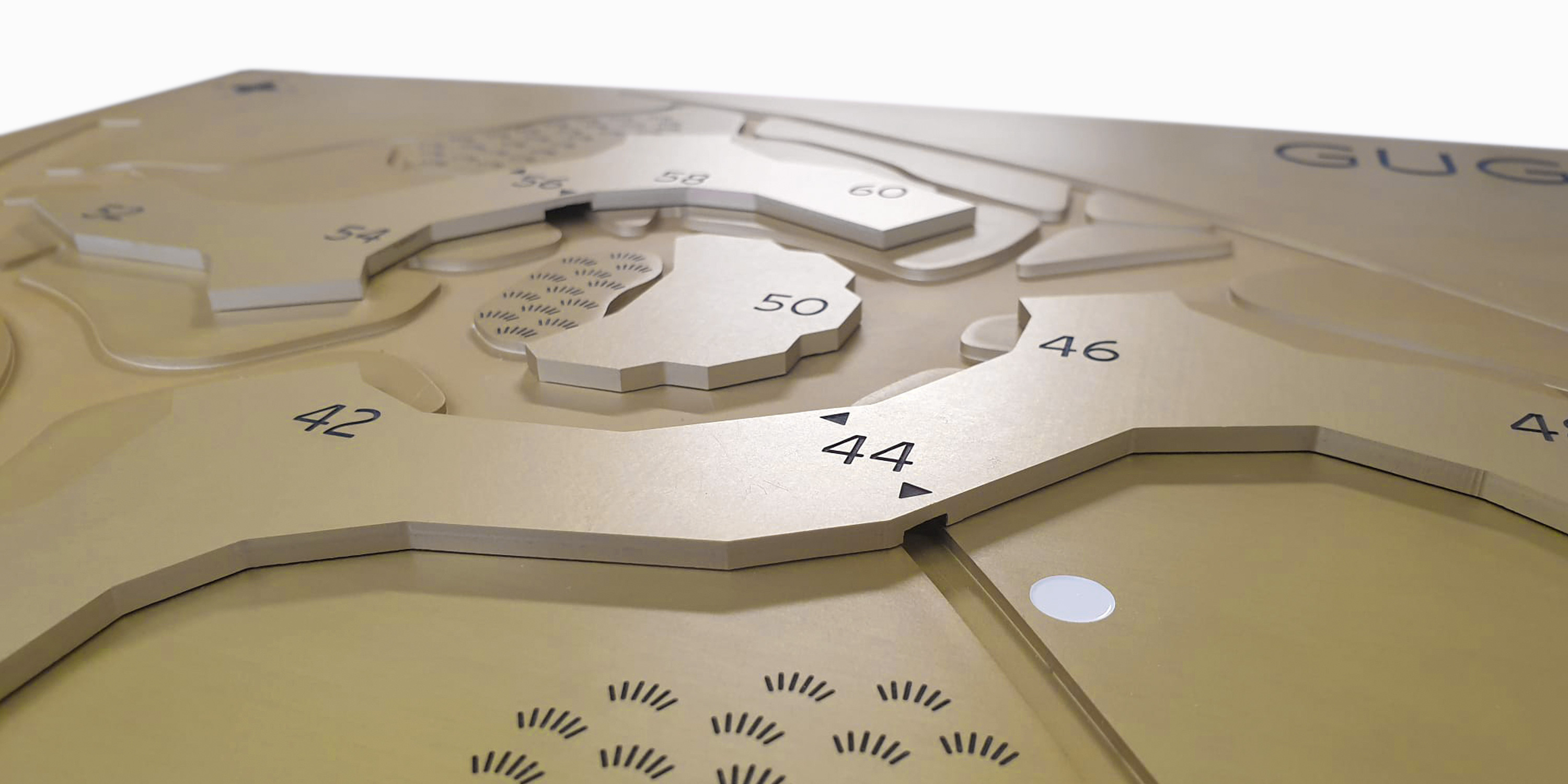 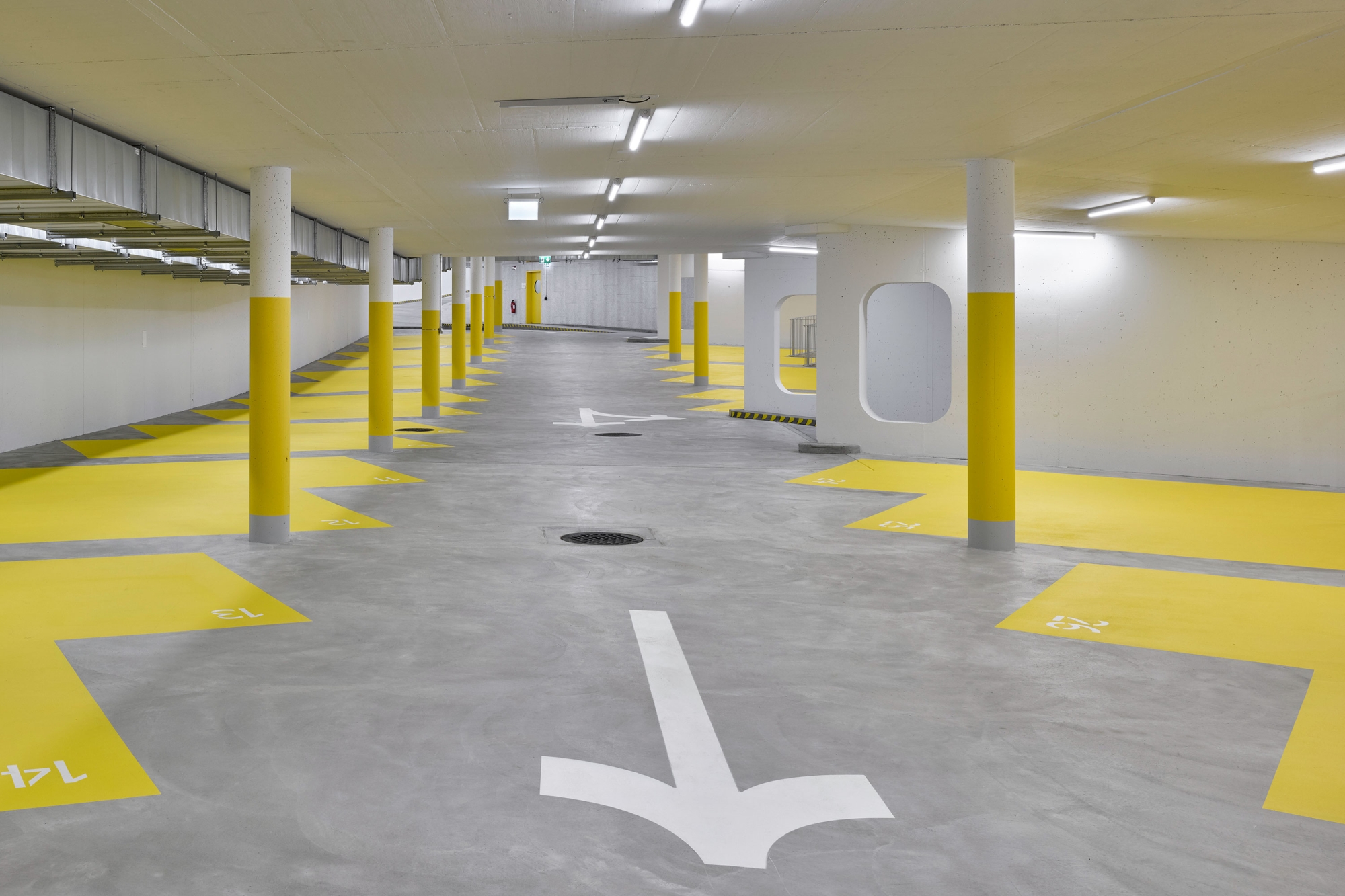 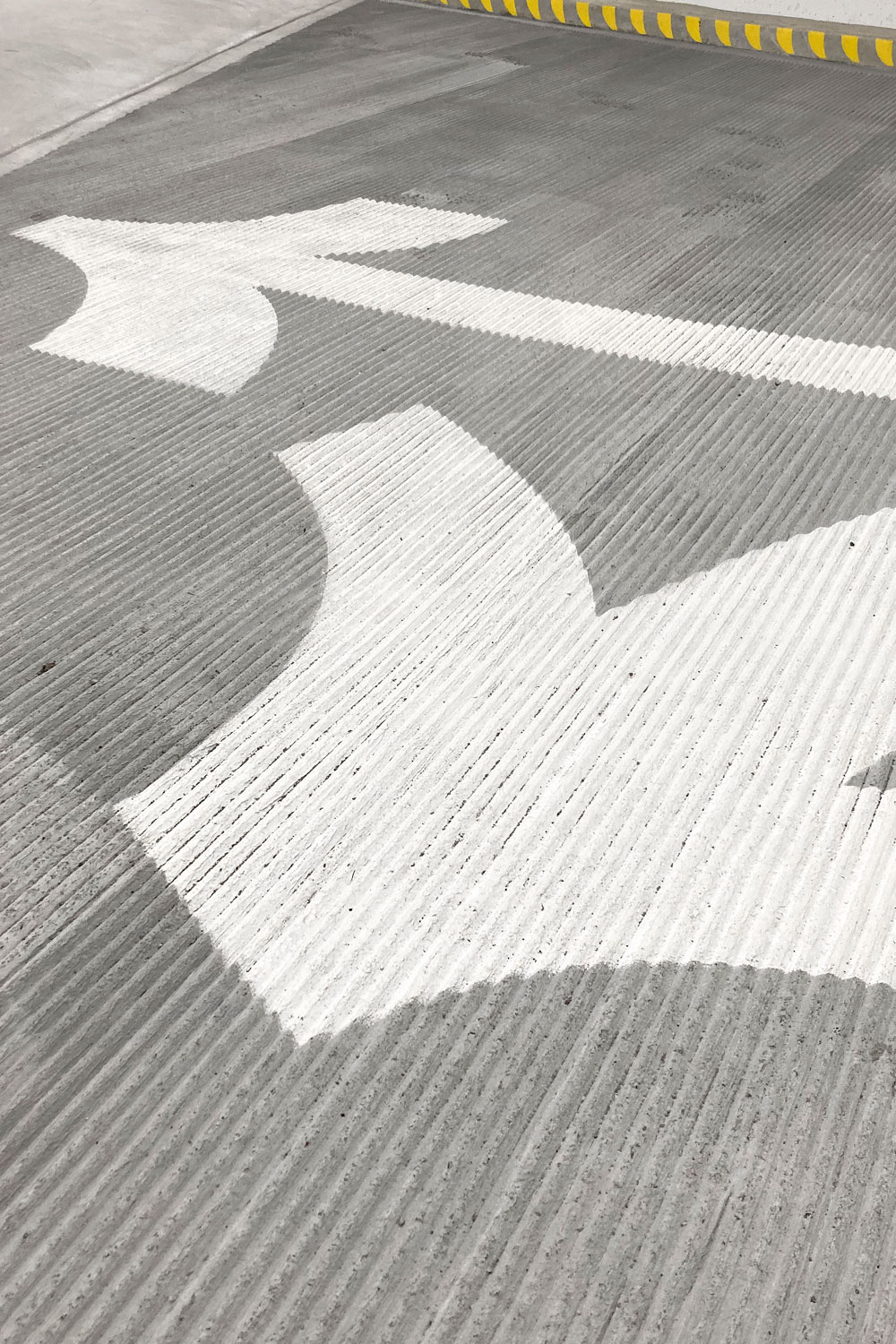 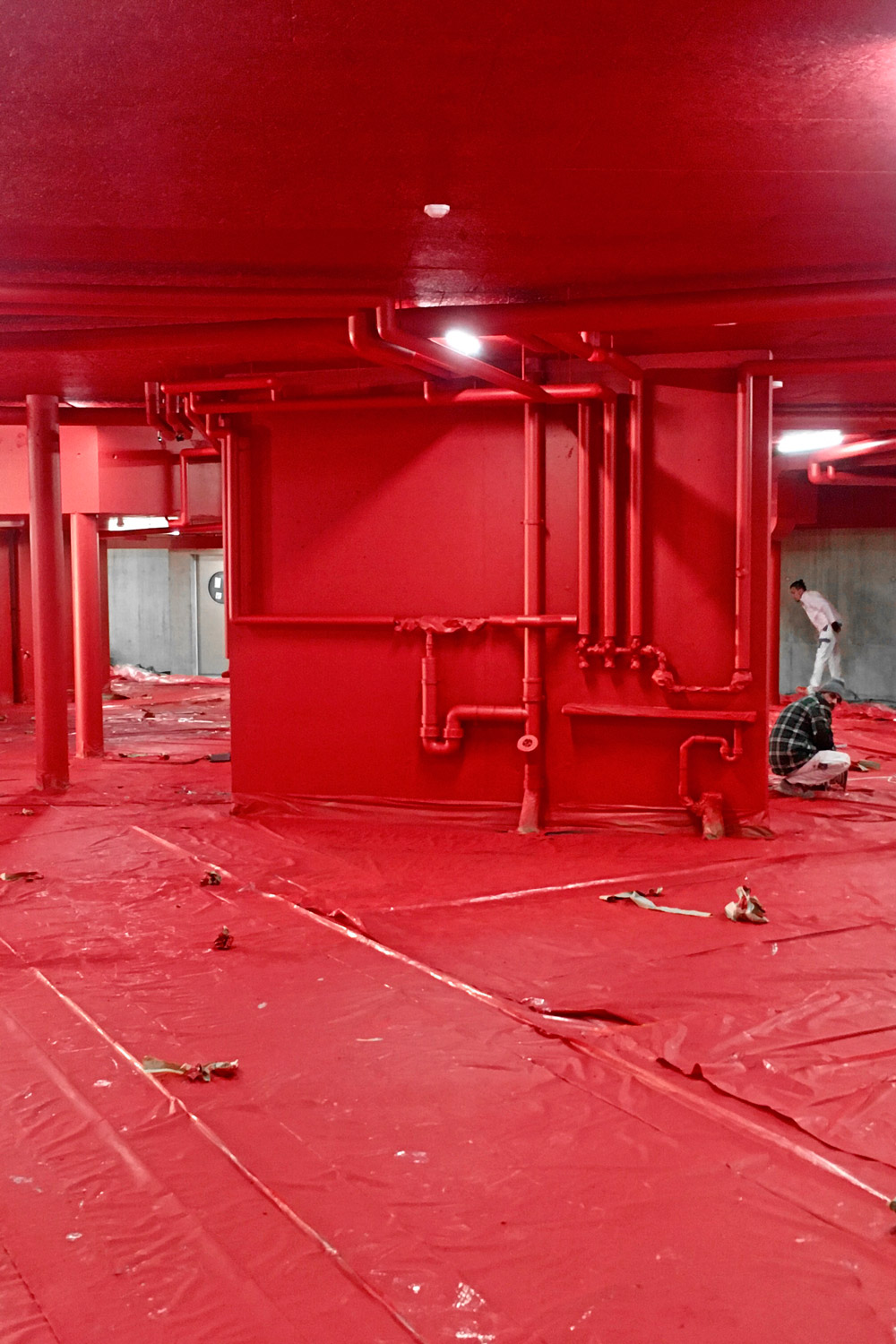 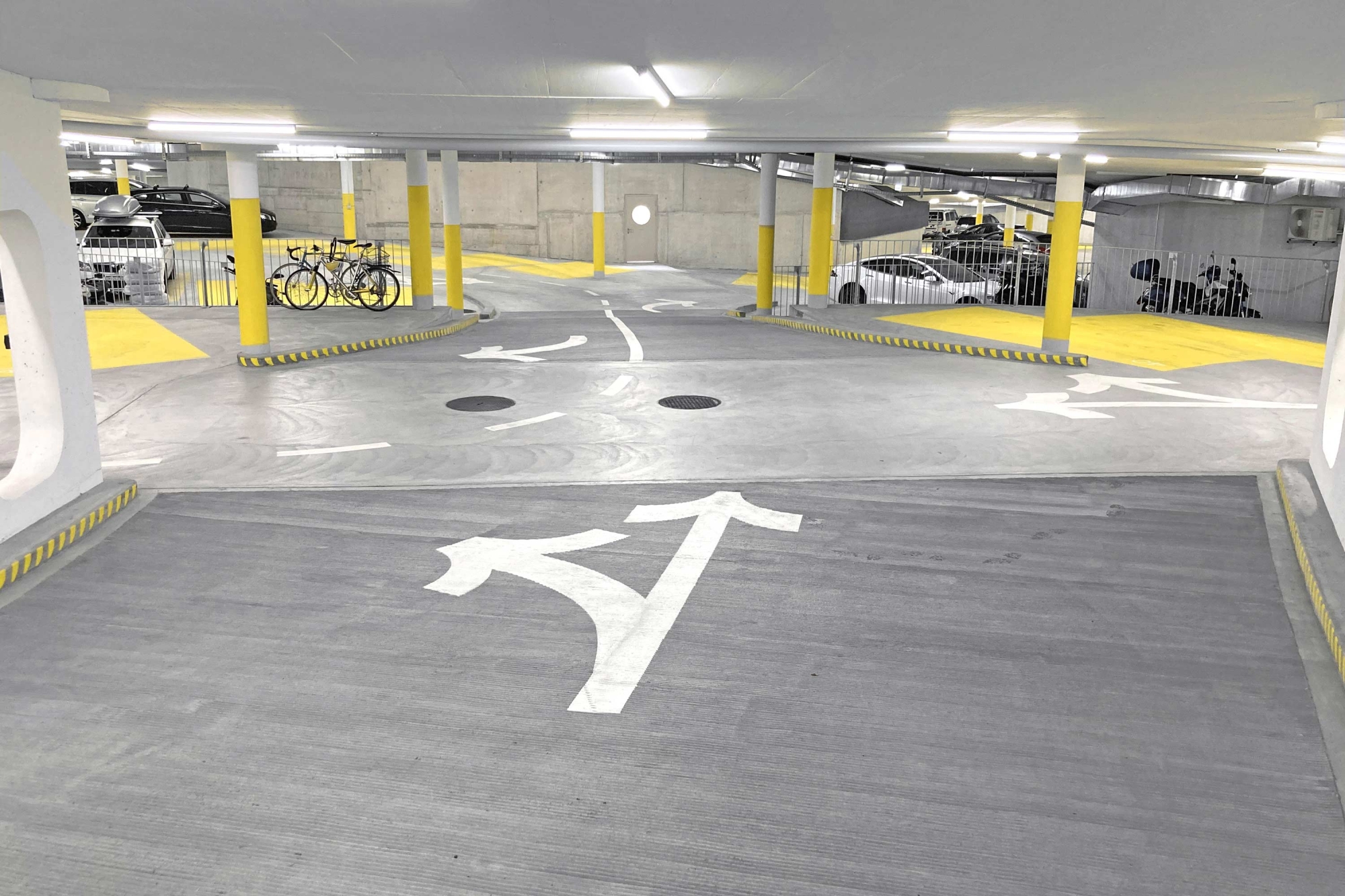 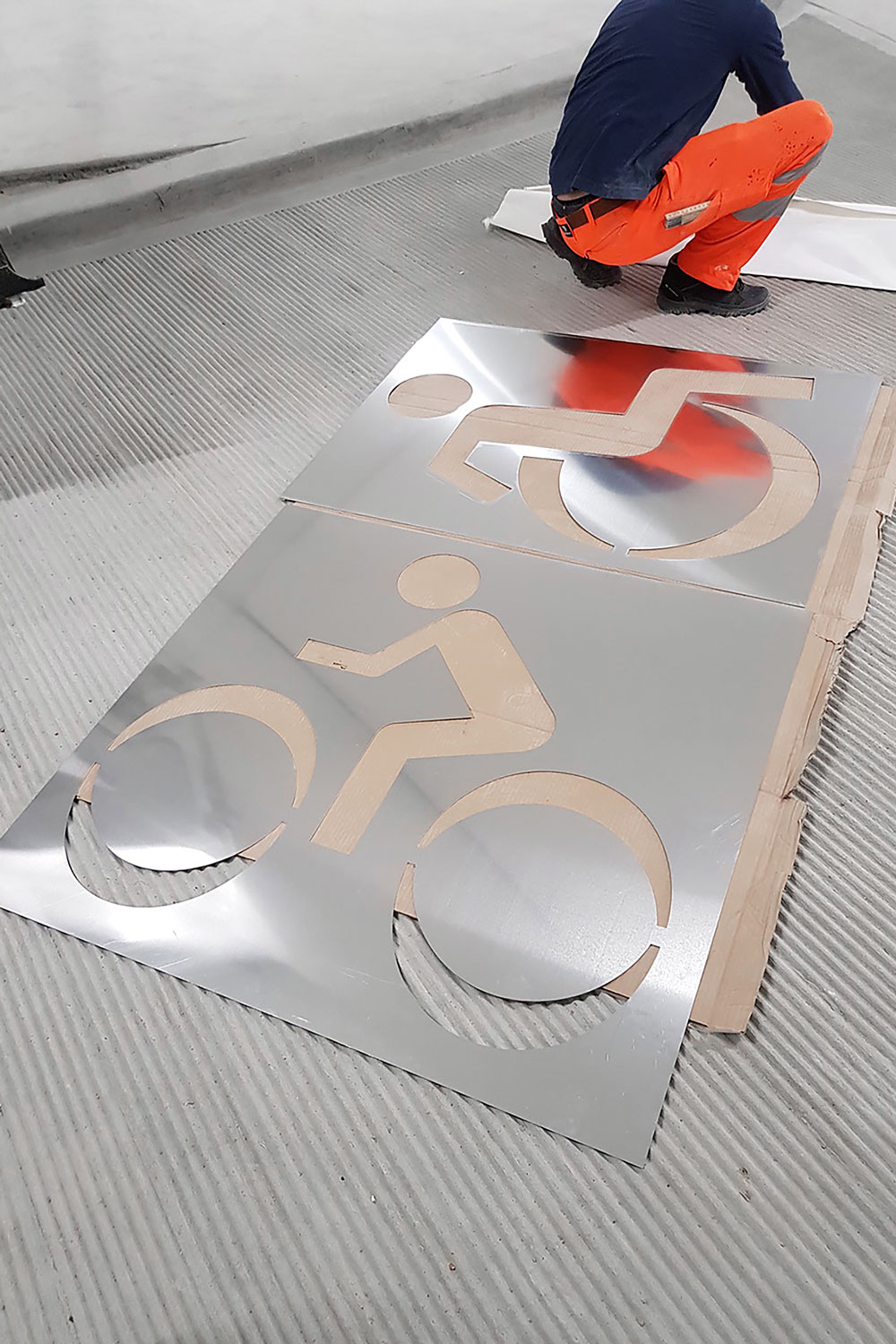 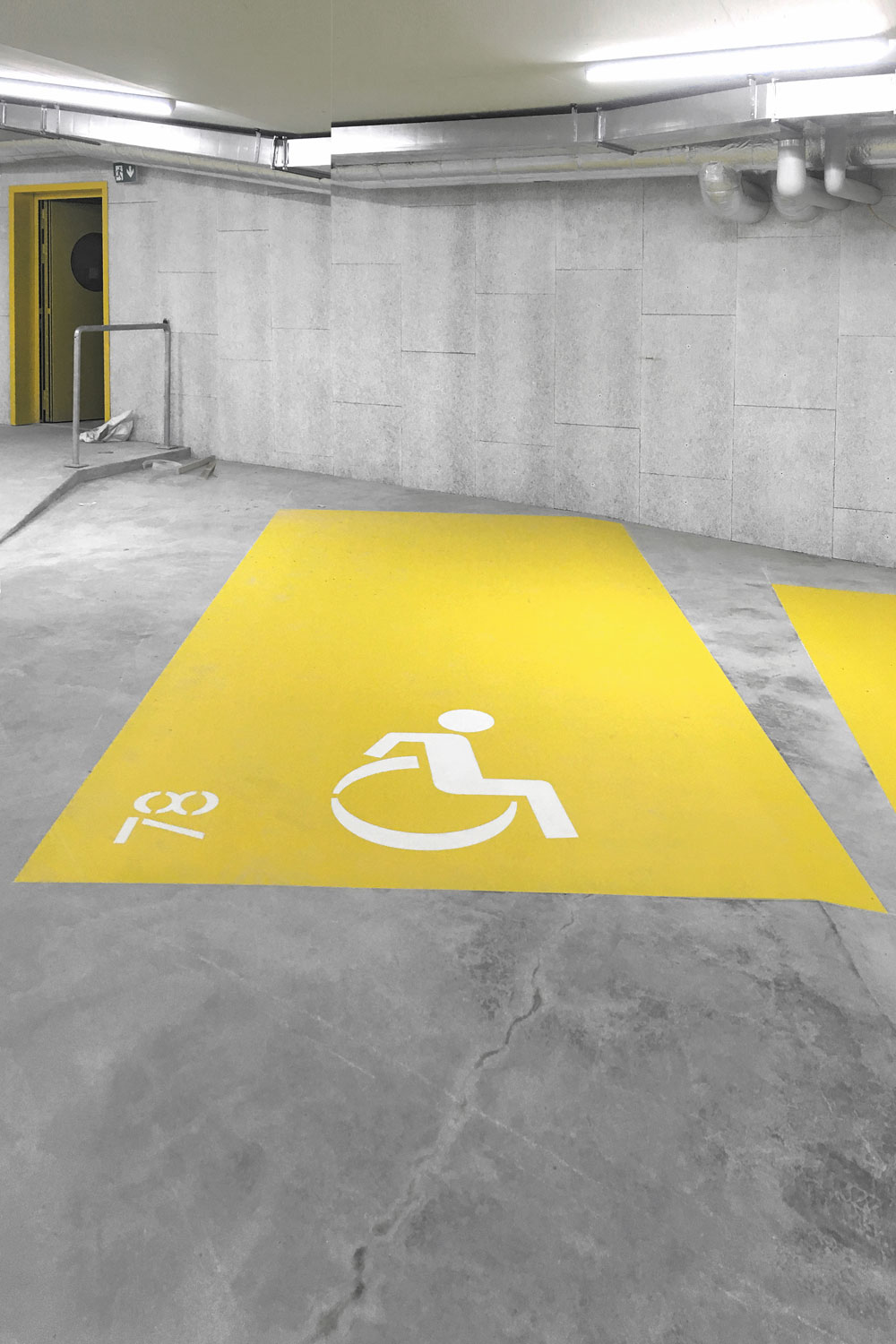 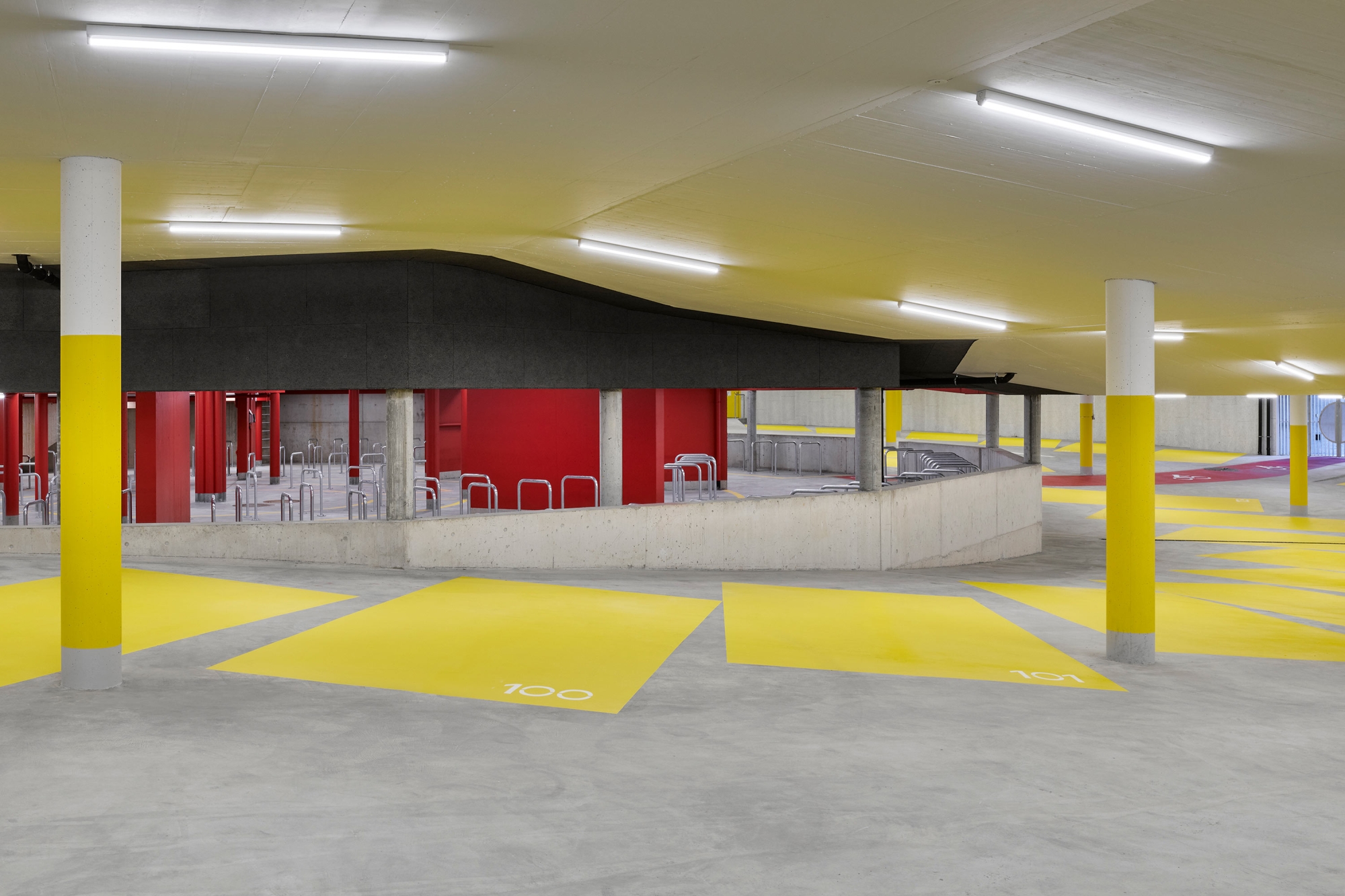 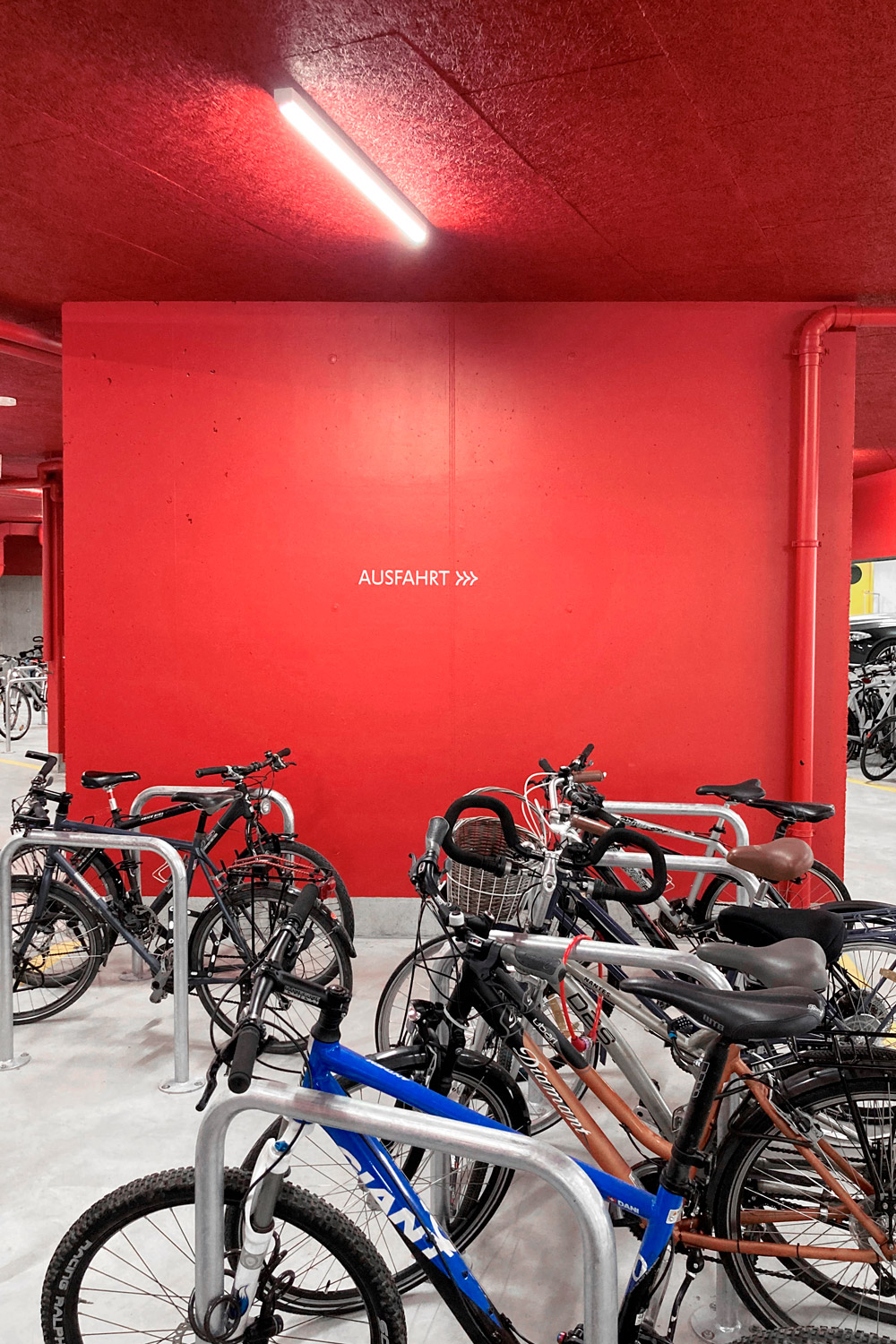 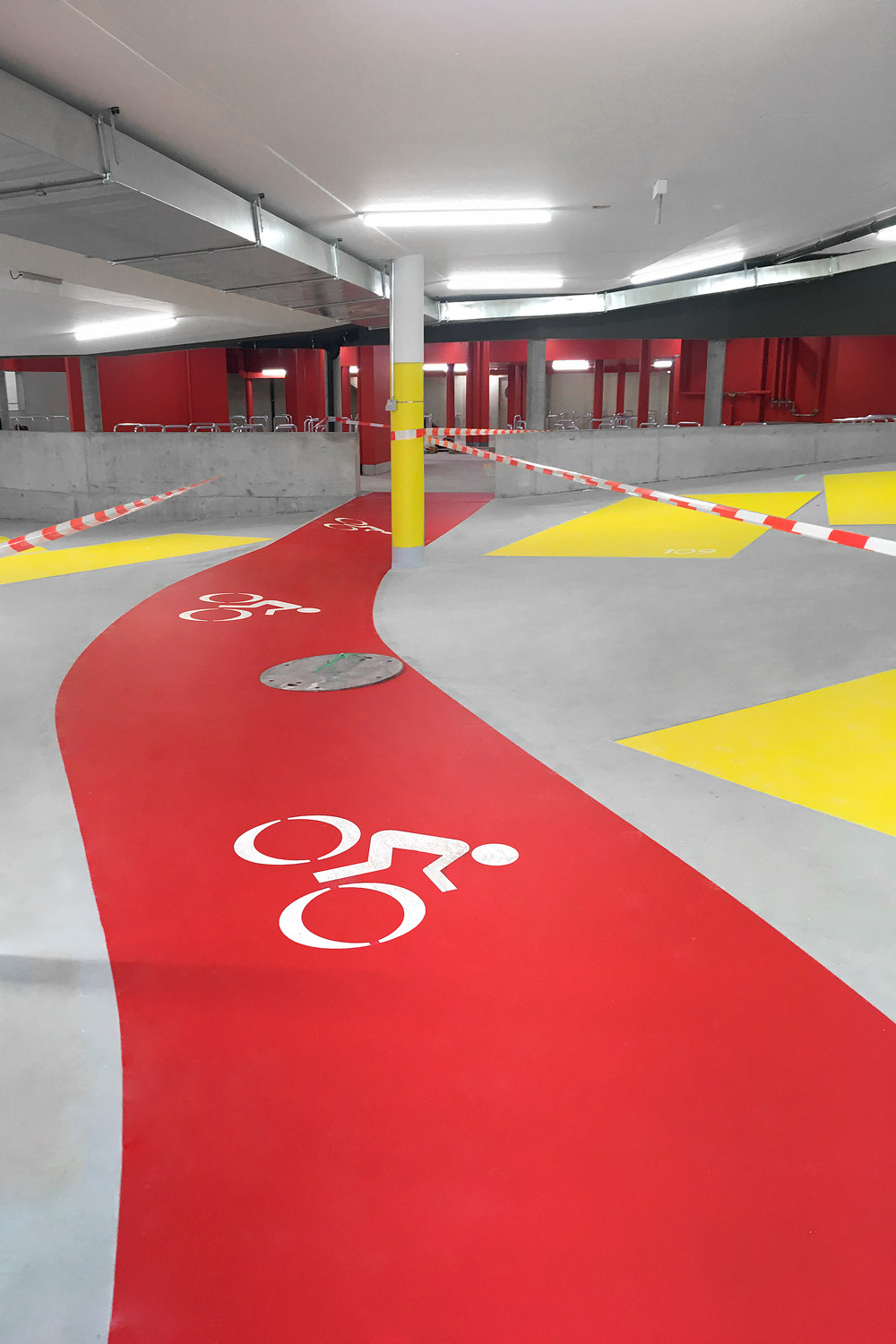